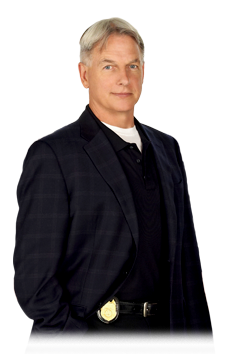 Like Forensic Scientist Abigail Sciuto, Gibbs has a strong addiction to coffee and is a former Marine, retiring with the rank of Gunnery Sergeant. He is also a former Marine Scout Sniper, a skill that regularly comes in handy.

In "Legend Part 1" and "Legend Part 2", Gibbs along with Special Agent Timothy McGee headed to the Office of Special Projects to investigate the death of a Marine.

During the two-part episodes, it was shown that Gibbs had a hostile relationship with the Special Agent in Charge, Lara Macy. He is also shown to have a friendship and personal history with, G. Callen, whom he saved in Serbia.

he was mentioned by Abby Sciuto when she came to Los Angeles and she called him after he heard of the Phantom incident and checked to see if she was alright, he was also mentioned by Henrietta Lange when Tony DiNozzo came to Los Angeles and she asked him if Gibbs knows what happened, Kensi also mentioned him when he tried to call Tony but he contacts Hetty to headslap him which amused Hetty (its indicated that Hetty knows Gibbs).

Retrieved from "https://ncisla.fandom.com/wiki/Leroy_Jethro_Gibbs?oldid=17086"
Community content is available under CC-BY-SA unless otherwise noted.